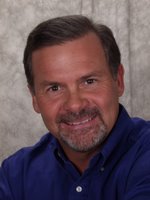 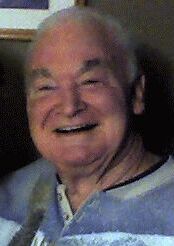 (I just received this from Paul Keith Davis in his WhiteDove Ministries April 2006 E-Newsletter. It seemed like a timely word and I wanted to share it with you. Bob is one of the most anointed men I’ve ever met and Paul Keith walks in very high levels of integrity and prophetic wisdom. Please take these words to heart.)

Bob Jones called this week and felt a special emphasis from the Lord on certain aspects of the 2006 Shepherd's Rod that he felt we needed to reiterate. It was with much enthusiasm that Bob shared how many of these directives have already generated fruit both spiritually and naturally. The Lord is doing a quick work! Things are being escalated in order to align us with God's purpose. We trust you will also be encouraged and activated from this emphasis.

Nashville will continue to be a focal point and a strategic city. There is a special grace being extended for songwriters and musicians to capture spiritual truth and convey it.

This will result from the same stream of creativity that is coming to the Church in the form of worship. Nevertheless, this form of music will have positive and beneficial messages sent in the Nashville arena.

The Church should look forward to mightily anointed songs that have never been heard on earth to emerge from the worshipers. The treasures of wisdom and knowledge hidden in Christ are accessible to be released through psalms and hymns and spiritual songs.

This will be revelatory truth that eye has not yet seen nor ear heard. These new sounds have not yet entered into the heart of man. Nevertheless, the Spirit of Christ is searching the depths of His heart to bring these realities into this present day.

When this occurs there will be a spirit of deliverance that accompanies the new sound. Many people will be set free from addictions, oppressions and infirmity simply by apprehending God's heart in this atmosphere of God's anointing that will be created by this fresh deposit of worship. They will be songs of deliverance.

And they sang the song of Moses, the bond servant of God, and the song of the Lamb, saying, "Great and marvelous are Your works, O Lord God, the Almighty; Righteous and true are Your ways, King of the nations! Who will not fear, O Lord, and glorify Your name? For You alone are holy; for ALL THE NATIONS WILL COME AND WORSHIP BEFORE YOU, FOR YOUR RIGHTEOUS ACTS HAVE BEEN REVEALED — Revelations 15:3-4

This new sound will not only remember the works of Christ; it will produce them.

Many of the ones who are called to play a key role in this responsibility are not even known on earth; but they are known in heaven. These spiritual warriors have received the imputed righteousness of God and carry His influence.

They have captured the attention of Heaven and it is now time to arise, like Moses from the wilderness, and exercise their delegated authority.

For a season, David was hidden in the cave of Adullam. When the time was appropriate, he and his mighty band emerged in strength to execute the commission of God. So shall it be with this company.

Although the call is for the entirety of the Church, those that will be used most notably in this battle will be many who are yet unknown in a public forum; but they are well-known before the Throne of Grace. Their reward will be great, once victory is achieved.

The heart of this message is for God's people to adhere to His standard of righteousness. Purity and maturity will prepare us to carry great mantels of authority needed for this commissioning.

A primary part of our mandate for this season is intercession for our nation and Israel. A deposit of anointing and authority is being allocated for those who will apprehend it.

Although we are focused on the prophetic promises for the future, much will be determined by our willingness to embrace this present responsibility. Winning this battle will lay a platform for the achievement of many prophetic promises granted to us as a corporate body and as individuals.
Posted by Emancipation of the Freed at 3:20 AM