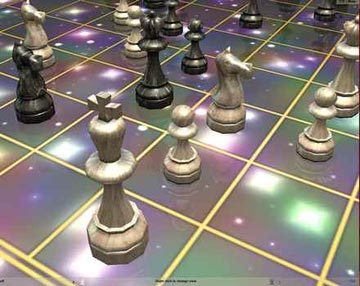 As part of last Sunday’s sermon preparation I took time to sit and listen. I’ll often ask the Lord what he wants me to say to his people. I was surprised and a bit overwhelmed with the rush of revelation I was given.

The Lord revealed to me changes that are coming internationally, nationally, regionally and locally. Admittedly some is this is generic. I’ve chosen not to add to it but give it as I got it.

International
I see dramatic changes ahead, catastrophic changes internationally, like a chain reaction of events. I saw a new war erupting in the Middle East as Israel’s enemies strengthen and align against her. We need to pray for the peace of Jerusalem. I understand it doesn’t take much revelatory gifting to see war in the Middle East however, I saw this as a significant first domino in a chain of events.

National
I saw changes in the political landscape of the United States, first slightly to the left and than hard to the far right. Both were mistakes.

I saw a new terrorist attack on US soil, not nuclear but biological. I’m not certain specifically where this attack would take place but I know that the Pacific Northwest is vulnerable.

To add to the fear and confusion this attack would happen in concert with an outbreak of disease, either a pandemic bird flu outbreak or a similar disease.

This will cause economic collapse, a cascading domino effect, first in Asia, then Europe and finally in the United States. There are no natural defenses or resources to overcome this. But we do have at our disposal supernatural defenses and resources. And we need to learn how to utilize them, now is the time to learn.

Regional
By regional I’m referring to the Pacific Northwest. I see changes in leadership ahead. Key corporate, government and church leaders are about to be replaced. For some it is God strategically setting the right people in the right places. For others it is the work of the enemy.

I see a large chess board superimposed over the Pacific Northwest, the impact of these strategic moves will be felt throughout the Pacific Rim but the game is being played here. I also see smaller chess boards over the Northeast, the Southeast, the Midwest and the Gulf Region. The side of light is motivated by love; the dark side is motivated by an evil spirit of politics.

Local
By local I’m referring to the Tri-Cities, Kennewick, Richland and Pasco in Southeastern Washington State. I see industrial changes. Those with the ability to navigate these changing currents will prosper, sensitivity to the Holy Spirit is essential.

I see Power shifts between the Tri-Cities of Pasco, Richland and Kennewick. Here is a riddle for you…the first shall be last and the last shall be first. The humble will lead and pride comes before a fall.

The Bridge
For my local church what I saw was that we live on the fringe of Christendom. As we explore the fullness of freedom that is ours in Christ Jesus we’re often scoffed at, mocked, gossiped about and ridiculed. So be it. This I know, God is rising up an army of supernatural warriors armed with the power of His love to overcome all the power of the enemy. And we’re invited to be part of that supernatural army.

Soon the power to…
- Multiply food like Jesus did in Matthew 14
- Transport like Philip in Acts 8:39 or Jesus & Disciple in John 6:21
- Remain immune to deadly diseases/ poisons like Paul in Acts 28:5.
- Heal the sick, like Jesus & the disciple through the New Testament.
- Raise the dead Like Jesus in John 11 and Peter in Acts 9 or Paul in Acts 20
…will be in demand! We’re in training to live naturally supernatural.

My sense was that one of the tactics of the enemy against us is to strike the shepherd and scatter the sheep. I’m concerned that the strike will come as another round of cancer. Please remember me in your prayers. The purpose would be to take me out and significantly damage our community.

Many will come to faith in the US; genuine revival is coming because all the false gods will have toppled like so many Asherah Poles, the gods of self sufficiency, mammon, power, success and control. The darkness will be so great that people will be drawn to the genuine light.

Now What?
So, what do we do with all this? I encourage two things, the first is prayer. We need to intercede, stand in the gap and repent for the sins our Nation. Next we need to cry out for mercy that repentance may come some other way.

Second we need to personally practice, experiment, learn and explore “Living by the Spirit” that we might be ready… just like those five wise virgins whose lamps were filled with oil.

Your questions and comments are welcomed and encouraged.