Tested by God, Judged by Men 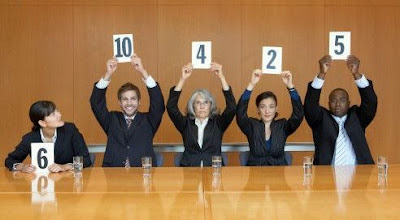 Applicable to most stations of life but particularly true of pastors, we’re tested by God while being judged by men. People pleasing, it’s a paralyzing disease and an unwinnable contest.

When you’ve been a churchman as long as I have, you know enough scripture to support any position, action or inaction. As do those sojourners who’ve been on the journey as long as you have. If you take a stand for truth, a passionate congregant may counter your position with a demand for love. A firm position on righteousness brings a cry for mercy. While a call for grace raises a serious concern for holiness. And of course every position is backed by the requisite chapter and verse.

Long ago I discovered that saying yes to God may mean saying no to man. A more recent revelation has been the realization that to pass God’s test I’ll need to endure man’s judgment. Even with a superhuman combined feat of theological, relational and oratory gymnastics I may at best satisfy groups “A” and “B”. Group “C” is destined to despise me. And if I were to somehow unveil the mystery to making everyone happy, I will have no doubt in the processes failed God’s test.

The people pleaser keeps the plates spinning until he develops an ulcer. He saddles his wife and staff with unrealistic expectations, he runs his church ragged and soon after quits a broken and bitter man. The fear of man is a harsh and merciless taskmaster!

The God pleaser, on the other hand presses into God. He captures God’s heart for the moment and blinded by faith leaps into action. Jesus followed this path, and as a result the crowds turned on him, his closest friends abandoned him, the faithful crucified him and he saved mankind. Men judged Jesus and men will judge us too, expect it, it’s inevitable. (John 15:18-25)

This whole being a “living sacrifice” thing seems more and more real. Yes, I’ll follow the Man from Galilee. I’ll pass the tests he lays before me, I’ll endure the consequences and hopefully I’ll choose to love each step of the way. How about you?

‘Therefore, I urge you, brothers, in view of God's mercy, to offer your bodies as living sacrifices, holy and pleasing to God—this is your spiritual act of worship..” Romans 12:1