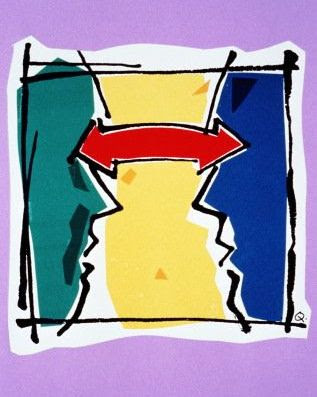 By Rick Warren
There’s an unseen factor in Saddleback Church’s growth that most people overlook – church unity. God blesses a unified church. Many churches have tremendous potential, but they never achieve what God desires because the members spend all their time fighting with one another. All of the energy is focused inward.
The Bible talks more about unity of the church than it does about either heaven or hell. It’s that important. Churches are made up of people, and there are no perfect people. So people get into conflict with each other. As pastors, we need to learn how to deal with those situations. Specifically, we’re called to do these six things when disunity threatens our church.
1. Avoid situations that cause arguments. The Bible says in 2 Timothy 2:23-24 (NIV): "Don't have anything to do with foolish and stupid arguments, because you know they produce quarrels. And the Lord's servant must not quarrel; instead, he must be kind to everyone, able to teach, not resentful." Pastors should avoid causing arguments. As a leader you need to set the example for your whole church on this issue. When a minor argument comes along, refuse to get in the middle of it. You don’t need to have an opinion on everything. Some discussions don’t deserve your participation. Focus your conversation on topics that matter.
2. Teach troublemakers to repent. 2 Timothy 2:25-26 (NIV) says, "Those who oppose him [the pastor] he must gently instruct, in the hope that God will grant them repentance leading them to a knowledge of the truth, and that they will come to their senses and escape from the trap of the devil, who has taken them captive to do his will." Most pastors don’t like confrontations. But we can’t run from them. As the pastor, you must gently instruct those creating dissention and opposing the teaching in the church.
3. Warn those causing trouble that their negative words hurt others. 2 Timothy 2:14 (NIV) says, "Keep reminding them of these things. Warn them before God against quarreling about words. It is of no value and only ruins those who listen." People need to know that their words have consequences.
4. Make a plea for harmony and unity. Paul did this in Philippians 4:2 (NIV). He said, "I plead with Euodia and I plead with Syntyche to agree with each other in the Lord." There were two very strong willed women in the church named Euodias and Syntyche who were causing so much friction in the church that Paul’s plea for them to stay united is in the Bible. Fighting in a church doesn’t just affect the combatants; it influences the whole church as people start taking sides. Just like Paul did, at times, you’ll need to make a plea for unity directly to those causing problems.
5. Rebuke with authority if necessary. Paul says in Titus 2:15-3:1, "These, then, are the things you should teach. Encourage and rebuke with all authority. Do not let anyone despise you. Remind the people to be subject to rulers and authorities, to be obedient, to be ready to do whatever is good." You may need to confront the contentious person as well.
6. Remove them from the church if they ignore two warnings. Titus 3:10-11 says, "Warn a divisive person once, and then warn him a second time. After that, have nothing to do with him. You may be sure that such a man is warped and sinful; he is self-condemned." No pastor wants to do this, but at last resort you may need to remove the contentious person from the church. You’ve got to protect the unity of your church. If that means getting rid of troublemakers, do it.
The Bible teaches that as the church grows, Satan will do everything he can to cause division. Even well meaning people, even believers, can be used as tools of Satan to hurt the body of Christ. As pastors, as shepherds of God’s people, it’s our job to protect our congregations from Satan’s greatest weapon – disunity. It’s not always easy, but it’s what we’ve been called to do.

Rick Warren is the founding pastor of Saddleback Church in Lake Forest, Calif., one of America's largest and best-known churches. In addition, Rick is author of the New York Times bestseller The Purpose-Driven Life and The Purpose-Driven Church, which was named one of the 100 Christian books that changed the 20th Century. He is also founder of Pastors.com, a global Internet community for ministers. Copyright 2005 Pastors.com, Inc. Used with permission. All rights reserved.

Picture Credit: “Arrow as exchange of ideas between faces" by Mike Quon
Posted by Emancipation of the Freed at 2:00 AM