Several friends of mine recently told me about all the things that are going wrong in their lives right now. 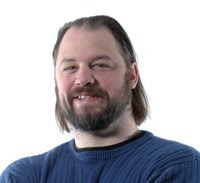 In an effort to comfort them, I shared what I believe God has shown me about this season.

There is a testing going on right now, one that is affecting all of us. Everything is being weighed - our thoughts, attitudes, beliefs, spiritual inheritances, bloodline issues - to see where we are weak.

When God judges and weighs His people, it seems that He doesn’t go through our issues one at a time; He addresses all of them at once. It’s a process somewhat similar to judging an animal at a fair: Every part of that animal is assessed and reviewed for strengths and weaknesses, and any flaw in any area is poked and prodded and exposed.

While this is going on, we tend to be very aware of our faults. Our issues come up. Some of us may find ourselves struggling with finances and hereditary illnesses. We feel like we’re under spiritual attack. God is testing us — not to condemn us but to deal with our weaknesses.

Whenever He does this, He has a reason and a purpose, both of which are usually better and more significant than we realize. This is the year 2009. Nine is the number of judgment. It isn’t so much thepassing of judgment as it is the process of judgment, in which the weaknesses and limitations of every person are exposed. God judges us because He is preparing us for Himself. He’s getting ready to move and pour out and bless — and to bring judgment on those who aren’t responding.

What is the most important thing we can do during this time? We can embrace God’s testing. Instead of cowering or drawing back, we should lay everything out before Him and let Him touch, handle, heal, remove and rearrange as He sees fit. We want Him to take care of any holes or weak spots within us, so that when the fullness of judgment arrives, we will be overcome with blessing.

This is a really good thing that’s happening right now. It’s exciting and positive. The weights are heavy today because we’re going to be stronger tomorrow. When many of us hear about testing, we sigh and groan, “Oh, great.” But there is a very odd thing that happens when we’re in alignment with God and His will for our lives: We don’t want the judging process to end. We realize the benefit of it, and instead of trying to get through it, we learn to embrace it as an opportunity to study and adopt the ways of God.

Posted by Emancipation of the Freed at 4:16 AM