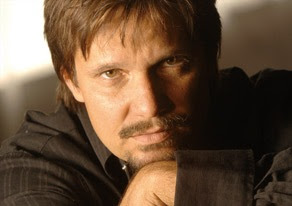 The Baby, The Whole Baby, Nothing But The Baby, So Help Us God.
by Ted Dekker
Some Thoughts to Chew On

Dear Underground. Would you like some meat to chew on? Some controversy that might help you think about who you really are? Then consider the following argument made for the sake of discussion, not conclusion. I want to know what you think. Read carefully, this is critical stuff. Then choose your response below – A, B, C, D or E.

Whatever you do, please don’t label me based on this exercise ☺

(And don’t worry, we will return to more simple fun very soon.)

SCOURGE OF THE EARTH or compassionate lovers of human kind? Depending on where you live and what your experience is, Christians may be identified as either one, and, much to the chagrin of those who use the label to describe themselves, legitimately so. It all boils down to what you mean by the label ‘Christian.’

Regardless of what we think any particular word should mean, it actually means what society interprets it to mean. Linguistics 101. Like the word gay. I’ve been quoted as saying that I could have once properly been branded the gay author because, although I have always been heterosexual, I once was… well, happy. Twenty years ago gay meant happy, so you could say I was gay. Today the term refers to sexual orientation. So although once I could have appropriately been called gay, I can no longer, not because I’ve changed, but because the understanding of the word in our society has changed and it no longer describes what I am.

Fine. The word is only a label and the meaning of labels change with time and culture.

So it might be with the word ‘Christian.’ For many years following the death of Christ, his followers did not use the term at all, and even then the term was coined by the world to, not the church, which at the time referred to their faith simply as the Way. As far as we know, the term Christian was inspired by heathens in Antioch and eventually stuck. The first twenty years of Christ’s followers, those closest to his life, never even heard the term.

But none of that really matters, it is, after all, only a label. The question is, what does that label mean today. And more importantly, does it describe your life?

Jesus summed up his message as follows: Love the Lord your God with all your heart and love your neighbor as yourself. Armed with this simple mandate of love, millions of his followers have forsaken the relative safety and affluence of a comfortable life to extend love and hope to the downtrodden over the centuries. Much could be said to explain how and why Christianity has embodied compassion in a world torn by war, terror, and heartache. It’s all about love, my friend.

Unfortunately, in the eyes of many, the religion of Christianity is now far better known for much more and much less than love. Not all of the associations are bad, mind you, but they are a far cry from the message of love that ultimately cost Jesus his life. Ask any pedestrian and, depending on where they live, they will tell you who Christians are. What they tell you may not describe you at all.

Ask the question in the Middle East and you might be told that Christians are killers whose bombs have killed thousands of innocent bystanders in Iraq; murderers who have brutally killed thousands of Muslims in Lebanon. Christian militia entered the Shatila refugee camp in Beirut in September 1982 where they raped, pillaged and murdered with impunity for three days during what became known as the Shatila massacre. The first suicide bomber in Lebanon was a Christian, blowing up Muslims. The scourge of the Crusaders is still alive in the Middle East. This is what ‘Christian’ means to many in that part of the world. Does this describe you?

My father once visited a town in India where Hindus had killed many Christians over the previous months. He was surprised to learn that they were being killed for their association with the West, not Jesus. In that part of the world, Christian means ‘Western’ not follower of Christ.

“So then,” my father said, “if you are dying for a term that doesn’t describe you, are you not dying in vain? If Christian means western to them, not follower of Christ, then to call yourself Christian to them is deceitful, is it not? To the Romans, become Roman. Speak their language, don’t impose your language on them.”

If you ask a pedestrian in Seattle who Christians are, they will likely tell you that Christians are judgmental, insensitive, hypocrites who are out of touch with reality. Or worse, angry right-wing bigots willing to resort to hate speech and violence to protect their narrow way of life. That they are a political group committed to a particular platform, even willing to take up the sword or home-made bombs to defend that platform.

The last thing that will come to their mind is the concept of sacrificial love or Jesus who showed us that love. Just like the word ‘Gay’ the meaning of the word has changed, like it or not.

And it’s not just Lebanon or Seattle. According to a Barna Group poll, only 9% of those outside the church think Christians in America are nice, loving people. Whatever happened to ‘you shall know them by their love?’ Throughout most of the world Christianity is simply no longer associated with the core beliefs of sacrificial love that birthed our faith. It has become like a large vessel of dirty bathwater, full of nasty associations that fly in the face of Jesus’ teaching which centered on love and the cry that ‘we judge not lest we be judged.’ A Newsweek cover story cited the dramatic decline of Christianity in the United States. We live in a post Christian world, many would say. They might be right. And who’s to blame them? No one wants to swim around in dirty bathwater.

But wait a minute. There is more than dirty bathwater in this vessel. There is something precious and live-giving! And there is a rising generation of thinkers who are as eager to protect and cherish that life as they are to throw out the dirty bathwater.

Don’t throw the baby out with the bathwater, we say.

It’s interesting that Jesus’ first recorded miracle was turning dirty bathwater (in this case water used to wash dusty feet) into precious wine, a beautiful portrayal of purification. My generation wants that wine back and many are willing—check that, eager—to rid the vessel of the bathwater and replace it with that wine, that truth, that core message of love that Jesus gave his life for.

If Christian means judgmental or bigot to most or even many, then perhaps it is wrong for us to use a willingly use a deceptive label. Perhaps to them we are no longer ‘Christian’ in as much as I am no longer ‘Gay.’

I and my kind are neither bigots nor hate-mongers nor killers nor whatever else those in Seattle and Lebanon might think Christian means. Rather we are passionate believers in a person who came with a message of love, and his name was Jesus.

Question: Why are we so beholding to a manmade religious label even when that label now distorts the original meaning behind it? Crusader and Christian were once synonymous in many parts of the world. If you were transported back to that time, would you have proudly call yourself a Crusader, knowing what you know today?

Our identity is not stamped with any specific political party or ideology however good or bad they might be, but to the man who avoided being identified by any political ideology whenever possible and offered only the sage advice to give unto Cesar what is Cesar’s.
We are not defined by any specific social agenda, however necessary or good, but by the love that embraces the downcast in need of a helping hand.

We do not follow any moral creed invented by man however honorable, nor spit in the faces of those who struggle to put others before themselves however deserving, but we carry the burden of forgiveness and step aside so that he without sin may throw the first stone, if indeed such a man lives.

Our stories are not about pot-lucks and Sunday school playground squabbles, but about that monster called hate and his futile attempts to dash the hopes of the Great Lover.
Perhaps you could call us post-Christian Believers, defined solely by the man we follow, not the institution that bears his name.

We are not partial Christians, not red-letter Christians, not a new kind of Christian, not non-Christian; we are far more and far less than Christian, children of an unfortunate but very real phenomenon that has dirtied our bathwater so now we want out, but out with the baby, please. The baby the whole baby, nothing but the baby, so help us God.

We are many, very many, millions of many. This is the way we roll and we are on the rise.

Tell me what you think. What best describes you:

A) The term ‘Christian’ as understood by much of the world no longer describes your faith. You want out of that dirty bath water with the baby, the whole baby, nothing but the baby. You do not or would not call yourself Christian unless speaking to a person who understands the term clearly to mean what you mean.

B) The term ‘Christian’ as understood by much of the world no longer describes your faith. But you would cling to that term because it means so much to you, and you would try to change the world’s understanding of what it means. Teach the Romans English, so to speak.

C) The term ‘Christian’ with all of it’s socio-political associations actually describes you pretty well, so you will not worry yourself with this issue.

D) The issues and arguments above ring a bell but they also make you very nervous and so you would distance yourself from them, afraid of what others in your circle might think. You will go with the flow and rest in that current.

E) You believe the term is sacred and that all those believers who did not call themselves Christians in the early church are probably in hell.

I personally am not fully decided. But I must hear from you. At any rate this exercise will make you think about who you are, really are, and that is invaluable.

Think carefully. Let you opinion be heard.
Posted by Emancipation of the Freed at 3:26 PM