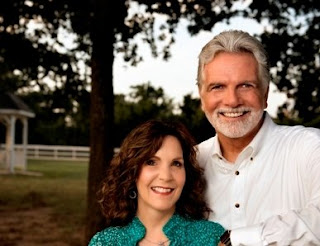 One of life's greatest opportunities is the discovery and recognition of the place where God has created and destined you to live. Some refer to this place as discovering the "Land of Your Anointing." I call it the LAW OF GEOGRAPHIC ANOINTING. Although this law is not specifically mentioned in Scripture, it is mingled among the Bible stories of many godly men and women.

"He has made from one blood every nation of men to dwell on all the face of the Earth, and has determined their pre-appointed times and the boundaries of their dwellings, so that they should seek the Lord, in the hope that they might grope for Him and find Him, though He is not far from each one of us; for in Him we live and move and have our being" Acts 17:26-28.

Geography matters to God. He made geography before He created mankind. Places are full of destiny. They are areas of divine habitation where God has and will commune with men and women. God not only created the place of your anointing, but He specifically designed you to have an influence upon people in that place! This place will spiritually shape your life.

Did you know that God has determined the specific moment in history in which He wants you to live? He has even determined the exact place, including the number on your house or apartment, in which you should live.

To Adam, it was the Garden of Eden. To Abraham and Moses, it was the Promised Land, which they knew not, but to which they journeyed toward. To Elijah, it was the wilderness and the Brook Cherith. To Esther, it was Shushan (Babylon). To Ruth, it was Bethlehem. To 120 disciples of Jesus, it was the Upper Room. Interestingly, nearly 500 people were told to go to the Upper Room, but only 120 went. As a reward of their obedience, they received the promised outpouring of the Holy Spirit that day (Acts 2:2-4).

As you step into the place God has sent you, it may feel overwhelming.  While God is never far away, it may feel as if He is on a distant planet. You may wonder why God brought you there, which will compel you to search for God in new ways. Unknowingly, your spiritual journey will lead you into new experiences and new opportunities. In the end, you will have reached a higher measure of anointing. Believe it or not, this is precisely what God had planned all along!

Geography determines whom you will meet, who you will influence, who you will marry, and where you will work. When you are positioned in the land of your anointing, you will be empowered to attain the highest level of faith, courage, and anointing. Why? You were designed by God to succeed in that specific environment.

Whenever God wants to transform an area, He will raise up people to accomplish the task. God will move them into a specific area so they will serve as light bearers in a region of darkness.

God is forever daring us to do the unexpected. In Him, there is no limit to what we can do. Taking the road not yet traveled can be invigorating when we view the risks simply as new opportunities to grow and mature in God.

As Israel migrated to the Promised Land, God strategically directed them along the way. Wherever they went, God prepared a nation to be conquered. If they were obedient, the outcome was glorious. God had promised them a land flowing with lavish fruit, a land where sickness and barrenness would cease, and a land of great increase both in stature and in number. As God's people ventured forward, the land responded to the presence of righteousness (Romans 8).

Geography controls the level of favor that God gives us. As we move into new arenas, God places favor in the hearts of others. Favor is essential to being given spiritual authority over an area. One day of favor is worth a thousand days of labor.

In the season of transition, our circle of influence changes. For many of us, it will increase. If it doesn't increase, we have usually failed to maintain the influence God had given us with others as we add new relationships to our former relationships. Or if we are running away from a painful situation, we burn bridges of relationships, stopping our influence from occurring in someone's life.

One mistake we can make is to RESIST geographic transitions. We may be tempted to believe God has situated us in our final place of anointing. However, God may have simply intended our current situation to groom us for greater opportunities that lay ahead.

When I look back over my lifetime, key aspects of my ministry were matured in three distinct locations: Dallas, Texas; Kansas City, Missouri; and Anaheim, California. Each geographic area offered me valuable lessons that helped to develop my present ministry. None of these cities were permanent places of residence. None were places where my greatest anointing would be seen. Instead, these places served as a training ground for future opportunities to extend the Kingdom of God.

Another mistake we can make is to run from a present battle. We mistakenly believe if we are facing a battle, we must have missed God's best. Or, that God has abandoned us. So we run to another location, church, or job to escape the pain of battle. However, every battle will prepare us for our future. If we do not engage in the present battle, we will not be strong enough to face future conflicts where Satan will seek to abort our anointing. Never make the mistake of running from a battle. Remember, we go from strength to strength until we appear before God in Zion (Psalm 84:7).

Over the years, I have discovered that God takes me to places that will help to shape my purposes and plans. Geographic locations actually help to determine what grows within us. Our difficulties will serve to strengthen us. God will allow the enemy to resist us, and thereby,
strengthen us for what is ahead. This strategy was precisely what God did with Israel:

Remember, your ultimate success in God is always linked to a geographic place. God has destined, created, and groomed you to take the Light of Christ to a place or to a person living in a particular place.

Geographic transitions are part of the glorious process of extending God's Kingdom. As you move forward in God, He will position you so that you will accomplish your divine destiny and show forth the riches of His glory.

(C) 2001, John Paul Jackson and Streams Ministries International
For more information on John Paul or Streams please visit his website at StreamsMinistries.com
Posted by Emancipation of the Freed at 12:11 PM