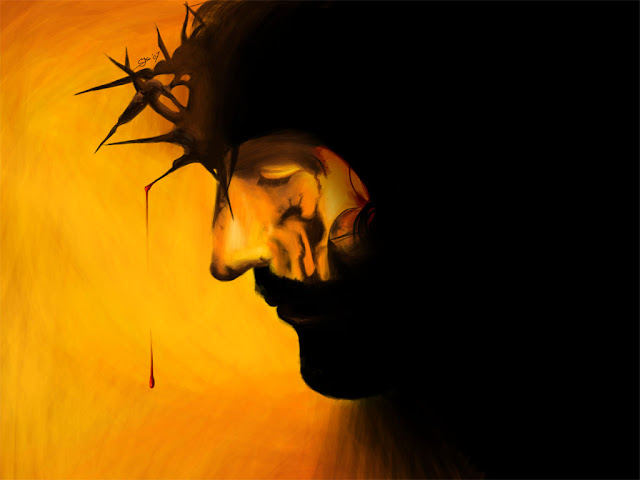 The Crucifixion Misunderstood
by Wayne Jacobsen

Something about the story made me cringe every time I heard it, and since I grew up a Baptist, I heard it a lot: To satisfy His need for justice and His demand for holiness, God sentenced His own Son to death in the brutal agony of a crucifixion as punishment for the failures and excesses of humanity.

Don’t get me wrong. I want as much mercy as I can get. If someone else wants to take a punishment I deserve and I get off scot free, I’m fine with that. But what does this narrative force us to conclude about the nature of God?

As we approach Easter, the crucifixion story most often told paints God as an angry, blood-thirsty deity whose appetite for vengeance can only be satisfied by the death of an innocent—the most compassionate and gracious human that ever lived. Am I the only one who struggles with that? The case could be made that it makes God not much different from Molech, Baal or any of the other false deities that required human sacrifice to sate their uncontrollable rage.

We wouldn’t think this story an act of love from anyone else. If you offend me, and the only way I can forgive you is to satisfy my need for justice by directing the full force of my anger for you onto my own son by beating him to death, you probably wouldn’t think me worth knowing. You certainly wouldn’t think of me as loving. And this solution ostensibly comes from the God who asks us as mere humans to forgive others without seeking vengeance. Is He demanding that we be more gracious than He is?

Many of the Old Testament writers did look forward to the cross as a sacrifice that would satisfy God, and they used the language of punishment to explain it. But the New Testament writers looking back through the redemption of the cross saw it very differently. They didn’t see it as the act of an angry God seeking restitution, but the self-giving of a loving God to rescue broken humanity.

Their picture of the cross does not present God as a brutalizing tyrant expending His anger on an innocent victim, but as a loving Father who took the devastation of our failures and held it in the consuming power of His love until sin was destroyed and a portal opened for us to re-engage a trusting relationship with the God of the universe. The New Testament writers saw the cross not as a sacrifice God needed in order to love us, but one we needed to be reconciled to Him.

One of my best friends died of melanoma almost two years ago. Doctors tried to destroy the cancer with the most aggressive chemotherapy they could pour into his body. In the end, it wasn’t enough. The dose needed to kill his melanoma would have killed him first. That was God’s dilemma in wanting to rescue us. The passion He had to cure our sin would overwhelm us before the work was done. Only God Himself could endure the regimen of healing our brokenness demanded.

So He took our place. He embraced our disease by becoming sin itself, and then drank the antidote that would consume sin in His own body. This is substitutionary atonement. He took our place because He was the only one that could endure the cure for our sin. God’s purpose in the cross was not to defend His holiness by punishing Jesus instead of us, but to destroy sin in the only vessel that could hold it until—in God’s passion—sin was destroyed.

Perhaps we need to rethink the crucifixion in line with those early believers. God was not there brutalizing His Son as retribution for our failures; He was loving us through the Son in a way that would set us free to know Him and transform us to be like Him.

Now that’s a God worth knowing.

Posted by Emancipation of the Freed at 11:31 AM