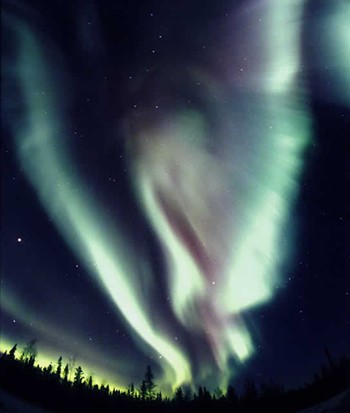 As Americans we’ve been conditioned to trust logic and reason above all else. For most of life this seems to serve us well. Unfortunately this western world view mind set doesn’t make accommodations for faith or creativity.

In one of Ted Dekker’s earliest works “A Man Called Blessed” the main character Caleb metaphorically defines faith as “jumping off of a cliff”. This is a great word picture, accurately defining true faith, what some might refer to as saving faith.

Imagine yourself standing at the edge of a high cliff, faith tells you to leap but logic and reason is screaming in your head… ARE YOU CRAZY!

John Wimber, founder of the Vineyard movement was fond of saying that faith is spelt R-I-S-K. Praying to see the sick healed, casting out a demon, reaching out to the lost, loving the unloved or prophesying require faith, there’s risk involved. It can feel very much like jumping off a cliff – it’s risky.

Here’s my point if we want to be people who live in the fullness of freedom that Christ won for us we will have to be people who live by faith. We will have to become accustomed to choosing faith over logic and reason. We really can’t serve two masters. At the very least we will need to submit reason and logic to faith. If not we’ll never find out if God will catch us or give us wings to fly.

I’ve decided to take a risk and share publicly the spiritual experiences I’ve been having. The risk involved is my respectability, so be it… I’d rather fly!

Posted by Emancipation of the Freed at 3:06 AM

Email ThisBlogThis!Share to TwitterShare to FacebookShare to Pinterest
Labels: Faith