A Cry for Revival 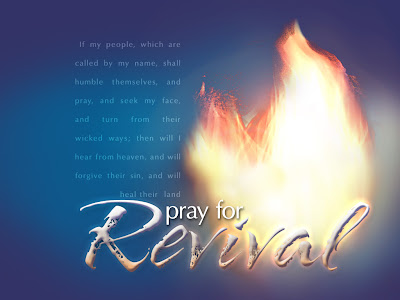 Over 20 churches in my community have joined together agreeing to begin 2008 with a 40 fast. Hundreds of people are fasting, praying and crying for more of God. This article by Charisma’s J. Lee Grady resonates with my spirit and it sounds like what God is doing across our land. May it challenge your heart as it does mine.

A Desperate Cry for Revival in 2008
by J. Lee Grady

As we begin a new year I urge you to join other believers across the nation for three weeks of fasting.

Never in my 15 years at Charisma have I known a time of such intense spiritual turbulence. God is shaking everything that can be shaken, including our Christian colleges, our megachurches and our most prominent ministries.

At a time when a U.S. senator is investigating the financial practices of six well-known preachers, I sense that God has taken out His holy plumb line to conduct His own detailed inspection of every church and ministry in this country. He wants to unleash a nationwide revival, but He must bring His correction first.

These are desperate times that require desperate measures. That is why I have joined with the Awakening America Alliance to call for a solemn 21-day fast that runs from January 1-21. Here’s a list of the things I’m praying for during the next three weeks:

1. The fear of God.
Holiness was so tangible among early Christians that false prophets were blinded and greedy liars fell over dead. As a result of God’s judgment on Ananias and Sapphira, “great fear came over the whole church” (Acts 5:11, NASB).

Where is this sense of “shock and awe” today? How can Christians be so cavalier about divorce or so flippant about adultery? How can television preachers sleep at night after robbing God’s people with manipulative fundraising appeals?

We celebrate His mercy but ignore His severity. We need a thunderclap from heaven and a display of Elijah’s fire to remind a wayward church that God will not be mocked.

2. Integrity and purity in the church.
Our movement hit rock-bottom in October when charismatic pastor Donnie Earl Paulk of Atlanta announced to his stunned congregation that a DNA test had proved he is not the nephew of Bishop Earl Paulk but is in fact his son. That such unspeakable depravity was permitted to thrive for decades at the Cathedral of the Holy Spirit is an indictment against the elder Paulk and all leaders who refused to challenge his behavior when they first learned about it years ago.

This and other recent religious scandals have so tarnished our credibility that we have become a curious freak show. Many unbelievers now associate ministers with wife-swapping, wife-beating, no-fault divorce, gay affairs and $10,000-a-night hotel rooms. We need a Holy Ghost housecleaning.

3. A return to evangelism.
In the 1970s we were less sophisticated but so much more zealous for Jesus. We handed out tracts and witnessed to everyone. Sharing our faith was the priority. Yet most people in churches today have never led anyone to Christ.

We are no longer contagious. Spirit-filled believers spend more time chasing “financial breakthroughs” than lost souls. We have rejected sacrifice and compassion and embraced a counterfeit gospel that produces bored, selfish spectators.

4. Godly leadership.
As we head into an election season it’s obvious that our nation is facing a leadership crisis. But this leadership vacuum is not just in the political arena. Many of our spiritual fathers have disappointed us, either by their own moral failures or by their refusal to confront sin.

I pray that God does not give us the president we deserve in 2008. If we cry out for mercy, perhaps He will upset the current slate of candidates and put someone in the White House who can model Christian integrity. May He also give us spiritual shepherds who care more for the flock than for the crowd’s applause.

5. A national spiritual awakening.
There were seasons in America’s past when sinners became so convicted of their sins that they collapsed under the weight of their guilt. During the days of revivalists George Whitefield and Charles Finney, huge waves of conversions led to a widespread transformation of society. Drunks became sober, prison inmates sang hymns, stingy business owners stopped oppressing their workers, atheists surrendered their unbelief and rebellious children returned to faith.

Can such a movement happen again? It must or our country will descend into its darkest hour. I urge you to join me in this solemn fast. Pray with desperation for the five topics outlined here. We can’t settle for anything less than a heavenly visitation.
Posted by Emancipation of the Freed at 7:43 PM