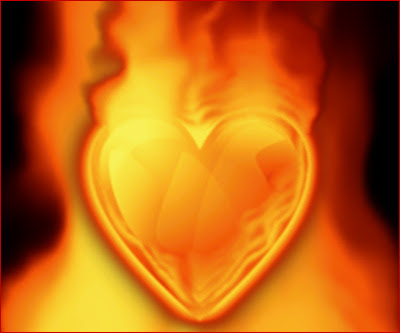 God's word through the prophet Isaiah spoke to me this morning, from chapter 43...

1 But now, this is what the LORD says— he who created you, O Jacob, he who formed you, O Israel: "Fear not, for I have redeemed you; I have summoned you by name; you are mine.

I've learned and I am continuing to learn that faith isn't refined by going around or over or under. Faith isn't formed on the pathways of avoidance, denial or repression. Faith is formed by passing through - even when it's the fire.
I have been here before, so this I know - I WILL NOT be afraid and I WILL make it to the other side because...
With my eyes and my hope fixed on Him I run to the battle. See you on the other side my friends because I am only passing through!