Freedom From & Freedom For 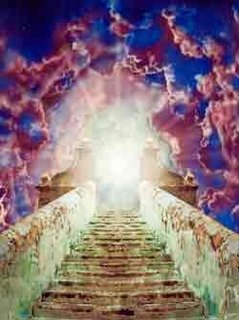 The freedom we have in Christ has got to be more than just freedom from sin; it has to be freedom for something as well. As I read through Paul’s letter to the Galatians, especially in chapter 5, I’m convinced that the freedom Christ won for us was a freedom to live by the Spirit.

Although I am a professional communicator, I’m not a writer. Speaking in front of a congregation or across from a friend at Starbucks is much more my genre. Writing is a new expression of creativity for me and blogging has been a comfortable medium for this new outlet.

I’ve had some interesting experiences as I’ve explored Freedom in the Spirit. Friends have encouraged me to create a record of these events. I intend to use this space to do just that. May this process encourage your exploration.

Prelude
This experience took place on Saturday evening, October 31, 2004 in Kansas City, Mo. I was attending the “Living Under an Open Heaven” conference sponsored by WhiteDove Ministries. The conference speakers were Bob Jones, Paul Keith Davis, John Paul Jackson, Bobby Conner and Shawn Bolz. This was the final of seven sessions.

Paul Keith Davis, Bob Jones and Shawn Bolz spoke and ministered to the crowd of approximately 2200 people. As Bob ministered to us I experienced a profound ache in both of my thumbs. The sensation was similar to what I feel when the Holy Spirit is on my hand but much more intense and concentrated to my thumbs. Later in the evening Shawn declared that there was an open heaven in the room. He could see an opening into heaven in the center front portion of the room. I found myself on the outer rim of this portal.

The room was electric with excitement; this was the crescendo of the weekend. For years I’d been provoked to jealousy by stories of others being translated to heaven. I very much wanted this experience for myself and had often asked God for it. Something stirred within me and if I could have willed it to happen I would have. I was the picture of striving… and failing. At the peak of my striving Shawn addressed the crowd, in a loud voice he told us to stop striving and just focus on the Lord. His words jolted me. As I followed Shawn’s instructions a supernatural peace swept over me. Instantly every part of me relaxed, as if a switch had been flipped. It was almost as if I was alone in the room.

The Gate
In this peaceful state with my eyes closed I began to see a gate. It was an old garden gate, ornate and metal with vines and plants about it. As I stood there the gate slowly swings open before me. The gate opened inward from right to left and I proceeded forward. I don’t recall actually walking but I did move forward.

The Spiral Staircase & The White Room
The first thing I saw inside the gate was a cobble stone step and then another and another. The steps were also very old. It appeared as if no one had walked them in a very long time. By the time I had noticed the third step I could tell that they were part of a spiral staircase proceeding up and to the right. As I looked up I began to go up - very quickly. I was launched upward at an incredible rate of speed. As I went up I could see that this staircase was very long. I seemed to go through three places. The first seemed to be the natural sky above me. The clouds were a grayish white color. The next section seemed to be a narrow band of darkness, like very dark clouds. As I punched through this dark section I found myself in a place of clear, clean, pure whiteness - whiteness for as far as I could see. It was like being in a huge white room without definition. I couldn’t differentiate walls from floors or ceiling, everything was just white! I recall having great peace as I stood there. I even folded my arms and thought to myself, “well now, isn’t this interesting”. I had wanted this for so long and now here I was. I wondered where “here” was specifically and what would happen next.